Vyasa, The Homer Of India Homer is credited with being the father of Western literature. We aren’t sure whether he actually lived or not but what has been recorded is that he was a bard who recited great tales based on events of the Trojan War which became known as the Iliad. So important was this and his other tale, the Odyssey, that some historians believe the Greeks adapted the Phoenecian alphabet to create their own for the purpose of preserving these tales in written form. When a people set out to create high civilization, they ultimately require books and records to preserve their identity and pass it on to posterity.

This occurred in most civilizations, the preserving of those narratives considered important for any particular culture. In India there supposedly lived a rishi or sage named Vyasa who dwelled at the edge of a great forest. From there he was a witness to the battles and events between the powerful Pandava and Kausara clans who fought each other on the great plain of Kurukshetra. These battles and wars as well as the evens surrounding the many characters in this epic became the very foundation of Indian literature, the myth that was at the heart of India’s civilization. Viyasa is said to have witnessed the battles and the events himself and as a consequence, he recorded the events in writing, which one day would become the great Mahabharata, a lengthy epic which still holds mass appeal for all Indians.

Vyasa is considered an important figure as he also divided the rather sumptuous religious text known as the Veda into four books, breaking it down so people can further study and research the teachings contained within and come to understand more intimately the meanings of the 'suktas' or verses, as the corpus of the Veda in one book would be far too huge to consume as one text. The four Vedas are the Rig Veda, Samaveda, Yajurveda and the Atharveda. Thus Vyasa earned his name because vyasa in Sanskrit refers to dividing, splitting, organizing. It is obvious that someone or perhaps a group of people decided to compile and organize the various sacred texts in this manner. Vyasa is also credited with compiling other religious books such as the 18 Puranas and the Brahma Sutras, important in the study of the Sanatan Dharma path which non Indians know as a general term, Hinduism. Like the Greeks, the Indians gave the idea/person/group collaboration an identity, and named it as an individual, Vyasa. This is how the figure we can claim to be the father of Indian literature came to be known. We would have to search and investigate to find out if a person named Vyasa was an actual person, just as historians have been trying to prove the actuality of Homer or for that matter the existence of those who inspired several figures of the great religions of the world; Abraham, Moses, Jesus, Zoroaster, Mohammed and Arjun are not necessarily proven historical figures though they are accepted and agreed upon as having been ‘real’ by masses of humanity and those scholars who argue their existence. These figures, real or imagined, have been influential enough for the communities who embraced them, and because of that embracing we must accept them as pertinent, regardless of our own personal opinion about their veracity. The same can be said of Homer and certainly, for Vyasa. Such ancient literary bards, like the prophets and spiritual teachers mentioned, mean much to people and communities, so much that we are forced to focus our thought and discussion around them and we do so to this day. Time, events, the scope of history has been and to an extent still is viewed through the lens of such beings. They are larger than life and therefore we can say they are multidimensional. Such figures lend support like a necessary pillar to the temple of human civilization that upholds tradition and withstands the scrutiny of the consecutive centuries. 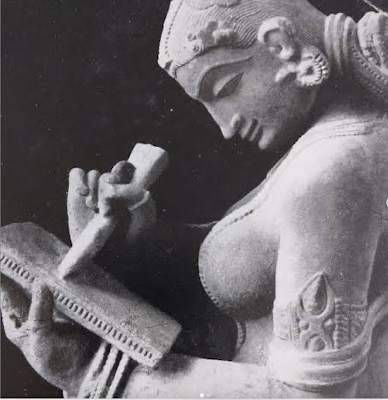 Vyasa, The Homer Of India

Homer is credited with being the father of Western literature. We aren’t sure whether he actually lived or not but what has been recorded is...